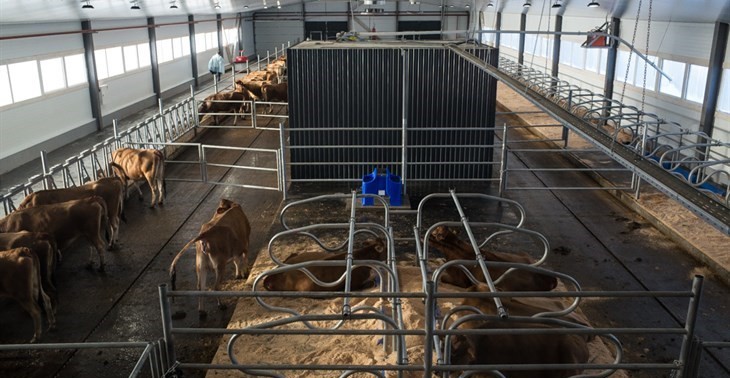 A job offer for Tomsk residents who lost income during the coronavirus epidemic, announced in early April by the management of nineteen agricultural enterprises of the Tomsk region, is not popular yet. Most of the directors of agricultural enterprises surveyed by RIA Tomsk admit that the townspeople did not have a desire to engage in rural labor. Details in the material of RIA Tomsk.

Earlier it was reported that on April 10 the heads of 19 enterprises of the agro-industrial complex of the Tomsk region signed an appeal to residents of Tomsk, who may or have already lost their jobs, offering employment in the countryside. The open letter was signed by the heads of Siberian Moloko LLC, KFH Niva LLC, Bakcharskoe State Unitary Enterprise, Trubachevo LLC, Agrokompleks LLC, Bialystok SEC, Nelyubino SEC, Ust-Bakcharskoe Agricultural Enterprise LLC , LLC "KH" Kuendat ", IE Boychenko and others.

It was also reported that due to the threat of the spread of coronavirus infection, April in Russia was declared a non-working month. In the Tomsk region, from March 31 to April 30, there is a regime of complete self-isolation. Catering establishments are advised to sell only take-away food, many service establishments were forced to suspend their activities.

Retire to the hinterland

The townspeople, even when faced with a loss of income, are not ready to radically change their lives and engage in hard rural labor, says Evgeny Mezin, director of a farm in the village of Yagodnoye (Siberian Milk LLC).

"To date, we have not been able to find new employees in the city. There were calls, but this did not end with anything - people did not want to radically change their lives. Several romantics called and learned about wages, living conditions, but these conditions did not deceive anyone, "Mezin said.

At the same time, the farm in Yagodnoye is ready to offer new employees quite competitive, even by city standards, conditions. According to the director of the farm, the salary for the least qualified employees (cattlemen) is 35 thousand rubles a month. The average salary on a farm is about 44 thousand rubles

In addition, the agricultural enterprise offers assistance in solving the housing issue, Mezin emphasizes. The farm does not have its own service housing; it is impossible to transport employees from the city every day. But Siberian Milk is ready to provide new employees with assistance in obtaining a "rural mortgage" (a loan of up to 3 million rubles at a rate of up to 3% per annum for up to 25 years).

"We have several sites on our property right in the center of Yagodnoye - they are reserved for farm employees. We can help build a house - starting with obtaining a soft loan and ending with physical assistance during construction. But people are not particularly eager, "Mezin says.

At the same time, the farm has a huge need for personnel - out of 260 employees, the farm is ready to replace about 70% of "irresponsible" workers. However, applicants for their places, Despite the high level of wages for the village, it is not yet observed, the director says.

Roman Pushkin, head of OGUP Bakcharskoe, did not notice any special reaction to the open letter to the townspeople.

"To date, no calls (about employment) have been received. But until the active season has begun, we hire temporary employees every year for the period of active field work. This period will start in June. This year we are ready to hire about 30 people, "said Pushkin.

According to him, the technology of temporary hiring of employees in Bakchar has been worked out for a long time, and the director does not foresee any difficulties this year. But he does not expect the arrival of a large number of townspeople to Bakchar, even despite the decline in economic activity in the city.

Housing as an incentive

According to him, we are talking about moving new employees to permanent residence in Krivosheino. SEC Bialystok provides new employees with service housing under a lease agreement.

"When we hire people, we try to provide them with housing. We build houses for our employees and buy them on the secondary market. The company now has 35 apartments, of which 16 have recently been built, "Yavrumyan said

According to him, the average salary in SEC "Bialystok" is 29,900 rubles. At the same time, a number of vacancies involve piece-rate pay, respectively, the employee's income may be significantly higher.

None of the heads of agricultural enterprises interviewed by RIA Tomsk undertook to predict the success or failure of the idea of rural employment of townspeople who lost their jobs due to the epidemic.